You know Preston and I are lifelong actors and theatre lovers. We met, got engaged, and got married at a theatre. We have done four shows together as actors and they have all been wonderful experiences. We’ve seen approx. a gazillion performances since we met (we probably see between 2-3 plays a month) and it is one of our favorite things to be involved with together! This collab was a no-brainer!

This is my first (but certainly not last!) post with the Fulton Theatre, a regional theatre in the heart of Lancaster City in PA! This is a gorgeous & historic theatre produces high caliber and awesome shows on three different stages, all year long!

The Fulton Theatre feature a mix of equity, non-equity, and local actors mixed with some amazing in house talent for the production team!

The theatre itself is a gorgeous historic building (it was a jail back in the 1700’s! Wild!) in downtown Lancaster City, and the amazing architecture is worth the trip alone! Preston & I have seen so many shows here – that this collab was so obvious!

Let me just sneak the boring stuff so we can get to the goods! Check me out on Instagram here!  I also have a selling Instagram page where I sell some of my old clothes/styles so that I don’t drown in my own wardrobe. I just listed a few new things – so check that out!

Be sure to check out their upcoming production: Sophisticated Ladies!

From the Fulton’s website: This glamorous show-stopping production of Sophisticated Ladies celebrates a jazz legend with a name that has stood the test of time. Duke Ellington’s musical expression captivates audiences with his stylish big-band sound. Relive the days with such hits as “Take the ‘A’ Train,” “I Got It Bad and That Ain’t Good,” “It Don’t Mean a Thing (If It Ain’t Got That Swing)” and the title song “Sophisticated Ladies.” This lavish musical extravaganza features spectacular dancing, outstanding vocals, and an onstage big band that will transport you back to the era when big band was “The Thing.”

Running April 30-May 5 at the Fulton
Check out tickets here!

I even did a Sophisticated Ladies cosplay outfit…because I have literally no chill and love to dress on theme and be as extra as humanly possible:

Good luck is a big NO-NO in the theatre world! You wish EVERYONE break a leg! There’s a few ‘origin’ stories that circulate, but there is very little conclusive origin of this!.

One of them is that you break the leg of the stage when you get thunderous applause, one is that people used to slam their chairs on the ground (instead of applauding) and if they did it really hard, the leg of the chair would break, meaning that they really enjoyed it, and another is that it’s a poor translation from Yiddish to German to English.

There’s even a (proven false!) theory that it had to do with John Wilkes Booth broke his leg, jumping from the theatre balcony, after assassinating Lincoln!

This is what most rehearsals are! This is working out the movement and staging to make sure we know where we’re supposed to enter/exit, if we need to take something off stage, movement, character interactions, all of it! The origin comes from Gilbert, who used to work out scenes using literal blocks to visualize a scene before he tried it with actors.

In the contemporary day, we use blocks to represent tables, chairs, platforms, levels, and all different types of things!

This word has ALWAYS been a part of my vocabulary; to the point where I said it to two non-theatre nerds, and they gave me the weirdest look and were like, ‘what does that even mean?’ and I did a TERRIBLE job explaining it. So Irene & Monica, if you’re reading this eight years later – I finally figured it out! Ha!

This can be a bit of a scandolous term! This refers to actors/crew/pit/production team who are very flirtatious (or even start dating!) towards each other!

Can also be used for on-stage romances that are really popping even when ensemble actors start making up their own relationships and back stories (we get super weird!). 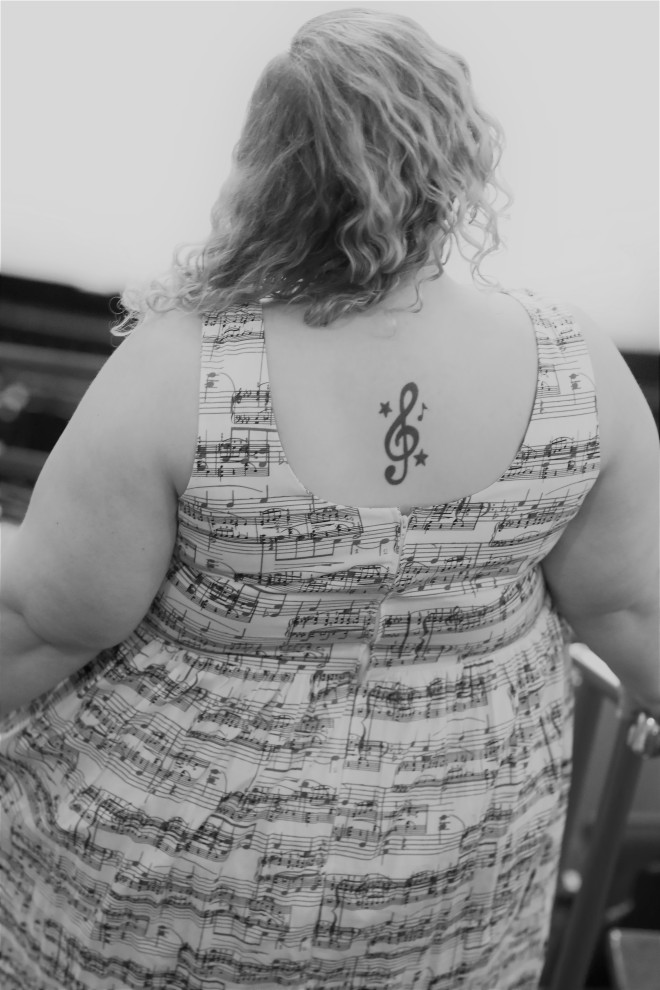 When we are five minutes to ‘places’ (meaning the starting positions of the play), the stage manager will say that we are ‘Five Minutes to Places!’ and walk around saying it. When you hear, you respond ‘Thank you, five’ (or ten, or twenty, or places, or however long!), so that the stage manager knows that you heard them!

It’s so ingrained in theatre-lover language, that even on my wedding day (in a theatre!), I said to the wedding coordinator, ‘Thank you, five’.

This one is simple! This one is the bows for the actors at the end of the play.

Typically curtain calls start with ensembles, then supporting, then leading actors with a gesture to the orchestra and the crew! 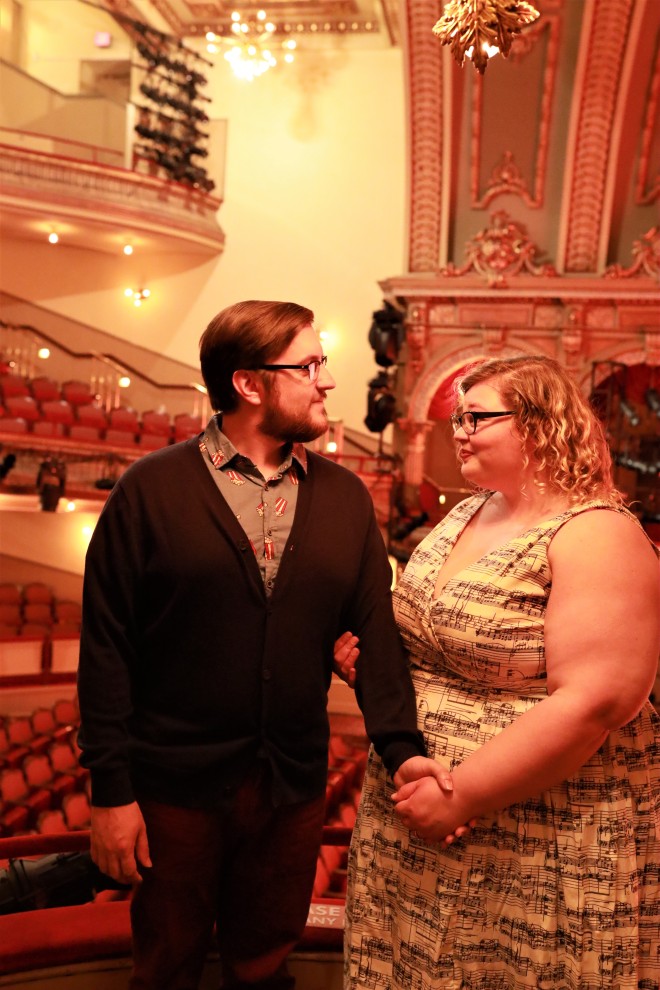 This one is another weird one! So, when the director is LOOKING at the stage and the actors are looking at the audience, saying left and right became too confusing. Imagine saying ‘Whose left?’ every single time someone said “Exit left!”. So the standard practice that you direct left and right for the actors’ left and right.

Please refer to this map, that I did not make. (got it from Wikipedia!) 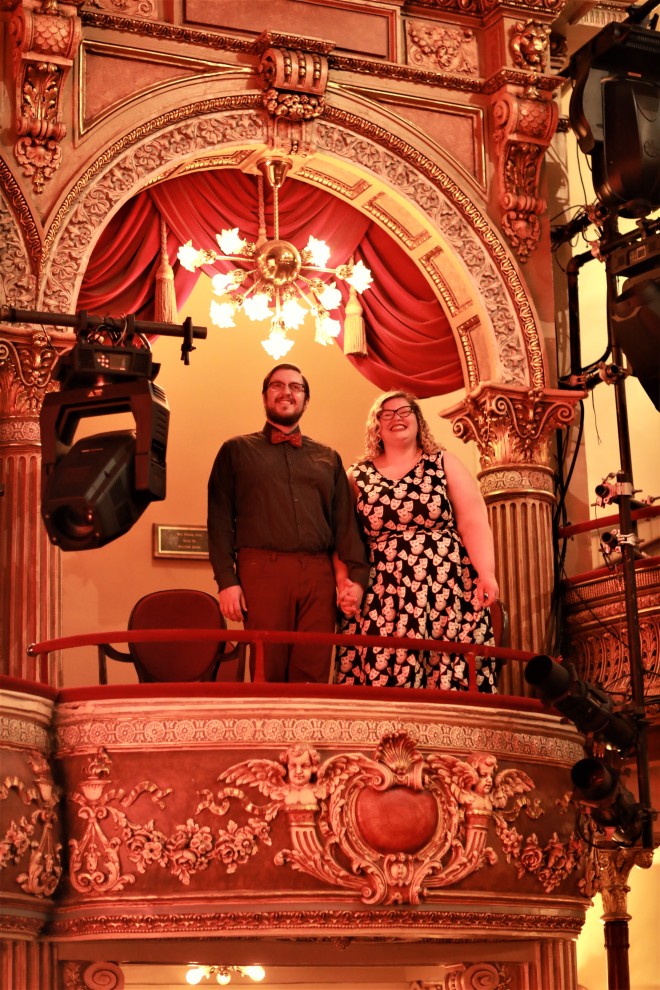 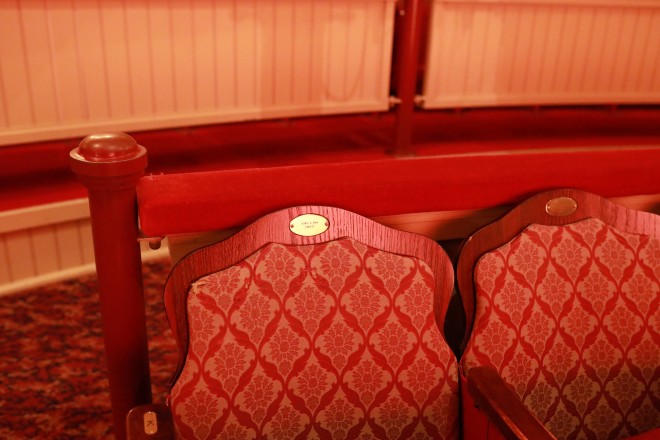 When you see a play, we have to accept certain things. For example, if the play takes place in a house, you have to accept that they cannot close the room with a wall, or else the audience wouldn’t be able to see us. So there are only three walls on the house. The actors pretend they cannot see through the wall; while the audience peeks through it.

Actors and theatre lovers refer to the ‘invisible’ wall between the actors and the audience; as the fourth wall.

When you ‘break the fourth wall’ – you are acknowledging the audience in some way or acknowledging that you are IN a play! A great example of this is watching The Office and if they turn and look right at the camera, or address the cameramen – that’s a fourth wall break!

Mic Check: Before EVERY performance, we make sure the microphones work! Some actors where individual and wireless microphone body packs that attach to their body. Sometimes there are microphones on the stage, but every night they check EVERY mic.

Fight Call: If there is a staged fight in the show (fist fight, sword fight, gun fight, whatever), the actors usually go through the fight every night to make sure it is a well oiled machine. If anyone makes a mistake, someone can get really hurt! This is a safety precaution!

There are a LOT of historic theatres (like The Fulton!) and there are tons of paranormal activity in theatres. Ask any theatre lover if they have a ghost story; I bet they do!

*I was working on this post AT a theatre and three people saw what I was writing and then proceeded to tell me their ghost story. That is 100% true*

There is usually a single bulb lamp, left turned on, in the center of the stage, even when the theatre is closed and there is no one in it. It’s a superstition based around the idea that the ghosts can still return to the stage to perform and then won’t sabotage the production! 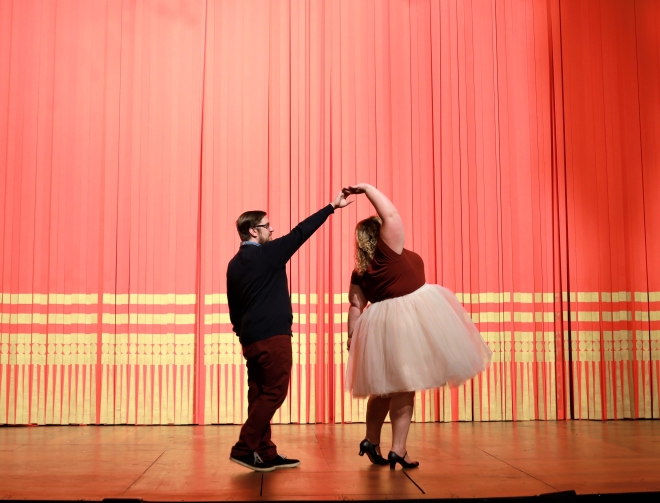 The famous theatre superstition comes from Shakespeare’s great work; MacBeth. It is considered VERY bad luck to perform, read, or even SAY that M-Word in the theatre. It is sometimes referred to as ‘The Scottish Play’.

This dates back to some VERY superstitious folks thinking that the three witches (you might know their catchphrase: double, double, toil in trouble) cast a real spell at the beginning of the play and cursed the production.

The real superstition comes from the origin of someone actually getting stabbed on stage with a fake dagger being swapped for a real one (this is why we have FIGHT call). The show seemed to be cursed at every theatre from injured actors, to fire and other catastrophes, to the show bankrupting theatres and sinking the company, to accidental falls and burns, and even an audience stampede!

Check out The Fulton Theatre!

*This blog was sponsored by the The Fulton Theatre, however all thoughts and opinions are my own*

If you are at all interested in doing a collab or working with me – please feel free to check out my new Contact Me! page! I also do social media consulting and photography, so please reach out! Let’s work together!